For many of us, the shortening days of this season signal an end to the relatively languid days of summer and a need to rev up for school, work, and fall activities. I remember how I felt as a kid as September approached: alternately full of anticipation for school and reluctance at leaving my relatively unscheduled summer behind. Although many years have passed since I was in school, I still have that late summer ambivalence. I feel as though I’m slogging through molasses as I try, whining inside, to get my brain focused on the tasks at hand.

Viniyoga has some great ways to cut through the molasses. We often do asymmetric movements, with different parts of the body going in different directions – that requires some attention! And then once we’ve done that movement a few times, alternating sides, we can do a similar but symmetric movement to bring the mind and body back into balance. These movements prepare us for a seated alternate-nostril breathing practice called nadi sodhana, which mimics the asymmetry of the movements we just completed and uses the breath to bring the focus more inward.

To do nadi sodhana, turn one hand palm up, and curl the index, ring, and pinky fingers inward. Bring the middle finger and thumb to the outside of the nose, placing one finger at the point high on the left side of the nose where the cartilage changes from soft to hard, and the other on the right side of the nose, sealing the flap inward. Putting a bit of pressure to valve the left side, inhale into the left nostril, then hold for a second or two while you change fingers – sealing the left flap and valving the right. Then exhale through the right nostril. Hold for a second or two and then inhale right. Hold while you switch your fingers again, and then exhale through the left nostril. 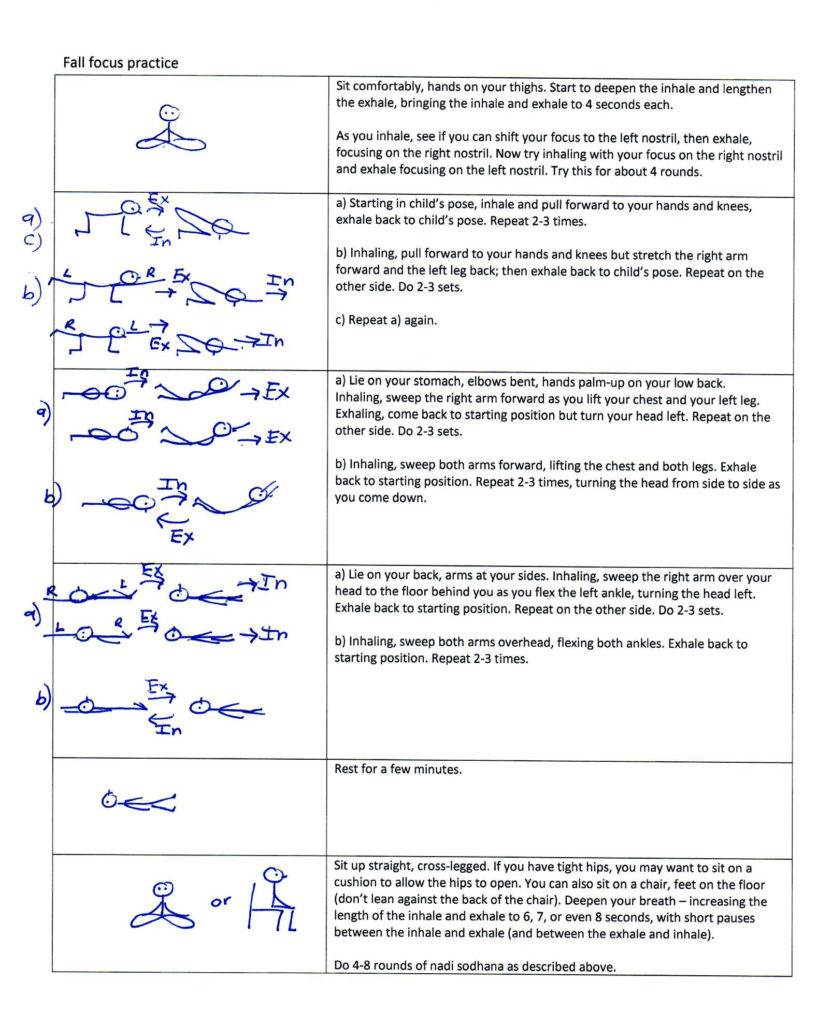